I’ve read a total of nine books previously on the subject of Charles Manson and his murderous 1960’s cult known as ‘The Family’.

I’m a little afraid to think exactly what that says about me. I’ll put that small matter to one side for the moment.

Back in September last year I released a list of my all-time favourite TOP 50 BOOKS (HERE). Standing atop of that list, at number one, was an account of what was known back in 1969 as the Tate/LaBianca murders.

Published in 1974, HELTER SKELTER was written by the prosecuting attorney who successfully put Manson behind bars for the crimes. No book I’ve read before or since has gripped me quite to the extent that book did. 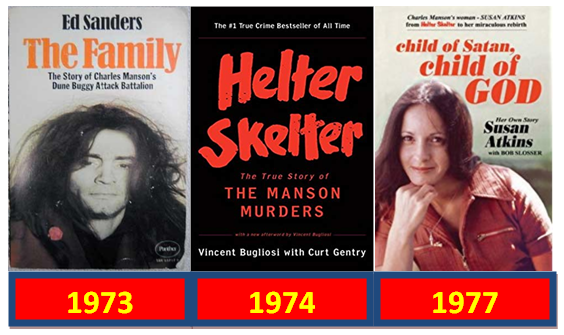 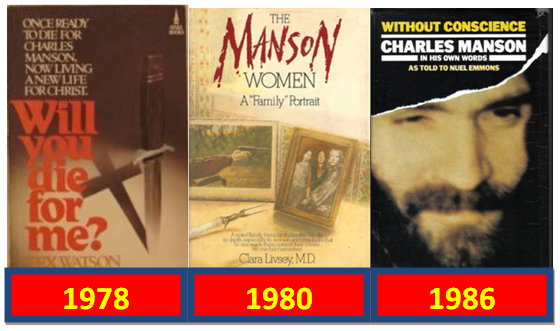 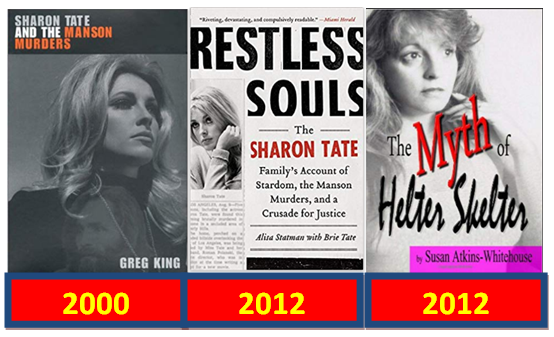 These are the  nine books I’ve already read on the Manson Family Murders. If anyone wants to play Sigmund Freud and suggest what taking an interest as great as that in a subject such as this says about me, go right ahead. Just please don’t tell me.  I’m pretty sure I’d be too horrified to find out!

MEMBER OF THE FAMILY written by Dianne Lake and published only last year, is, along with Vincent Bugliosi’s seminal HELTER SKELTER, easily the best book I have read on this subject. And given the vast quantities of literature and things posing as literature that have passed before my eyes on this subject over the years, that’s  a claim I definitely don’t make lightly.

Books written by mere journalists on the Manson phenomena (Charles Manson passed away at the age of 83 in November 2017) are a dime a dozen. I say that because there are literally dozens and dozens and dozens of published books written about this person and subject; a person and subject that passed into popular culture five decades ago and has remained there ever since. Books written by people who were actually THERE – under Manson’s spell – doing his bidding – and who lived to tell the tale – are an infinitely rarer and more precious commodity.

Dianne Lake’s masterfully poignant ‘fly on the wall’ memoir MEMBER OF THE FAMILY is in that last category. It sits at the very head of the throne as far as authentic, touching, insightful and historically accurate accounts go. And try to keep in mind as you read that heaving praise that it’s coming from a person who thought he knew all there was to know about this tragic part of 20th Century American crime history. This book is nothing short of a revelation! 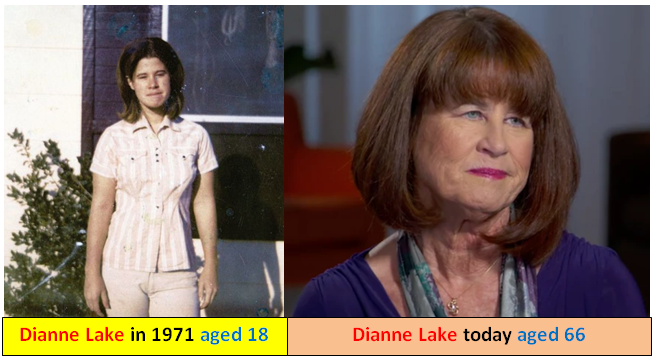 Dianne Lake was fourteen years old the day she was introduced to 33 year-old prison parolee Charles Manson. They made love together later that same night. The circumstances both personal and in a wider societal context that allowed that to happen are what this book so insightfully and at times painfully lays bare.

MEMBER OF THE FAMILY is divided into three sections entitled “Turn On” – ‘Tune In” and “Drop Out”. This was a counter-culture era phrase that became a slogan for a whole generation of alternate-minded youth (hippies) from 1966 through to the mid seventies.

The first section of the book details how Dianne’s parents came to embrace the free-thinking hippie lifestyle when she was around the age of 10. They eventually sold the family home and packed everyone (Dianne was the oldest of three children) and all their belongings into a modified bread truck. They travelled around California leading a largely nomadic existence. During this time Dianne was exposed to hallucinogenic drugs and witnessed group sex due to the types of people her parents socialized with. It was an era when experimentation and ‘freeing one’s mind’ through such practices was common and actively encouraged in many circles. Feeling less and less a part of her own family, Dianne left with her parent’s permission in 1967 at the age of 14 to join Charles Manson’s group.

The second section of the book, titled “Tune In”, documents her two years living with the charismatic, messiah-like Manson and his commune of uninhibited flower-power followers. She describes Charles Manson as both conman and charlatan as well as being a very resilient and creative person. She makes the point that at that time California was an epicentre for the counter-culture movement and everywhere one looked there were people investing in the ideals and promised claims of salvation  that were all part of ‘The Age of Aquarius’.

“As a fifteen-year old living with Charlie and the girls, I didn’t think about what was forming around us or how Charlie was moulding us. Perhaps it was because I also had the example of my parent’s efforts to seek a higher truth, but at this point, we weren’t much different from the other communes of the day, all of which were trying to eschew materialism and live off the land in a communal setting.

The biggest difference as far as I could tell was that Charlie was the center of everything for us, but even that wasn’t strange in itself. Charlie‘s form of guruism was in the California air, and up and down the coast there were men – they were almost always men – leading groups like ours and espousing many of the same things he was.

People were looking for guides to the counterculture’s promised land, and there were more than enough people out there who appeared to have the answers. In that regard, Charlie, as criminal as his instincts were, was fairly unexceptional, simply another false prophet taking advantage of the moment’s uncertainty.”

Dianne freely admits to feeling confused at the time over her own loyalty to Manson, especially as the group and it’s purpose slowly morphed into what eventually became a perversion of its original ideals of love, acceptance and community.

Cult leader Charles Manson as he appeared on the covers of Life Magazine in December 1969 and Rolling Stone Magazine in June 1970.

The final section of the book titled “Drop Out” chronicles Dianne Lake’s life after the murder convictions of her fellow Family members in 1970-71 (murders which Dianne took no part in) right up to the year 2017.

She emerged from the cult an LSD-soaked, Charlie-programmed traumatized mess and spent the first eight months of her freedom in a Psychiatric Facility (Patton State Mental Hospital in San Bernardino, Los Angeles).

Today she is a retired special education teacher and mother of three adult children. MEMBER OF THE FAMILY is easily one of the most courageous, disturbing and all-round best memoirs I have ever had the good fortune to read.

(1) Inside the geodesic dome that Lake’s father built in the backyard of their Santa Monica house in 1967. Her father is holding a joint. This photo was taken right before their family dropped out. (2) The bread truck that Lake’s family drove around in when they dropped out.

Ps. Since 2019 marks fifty years since the tragic murders in August 1969 masterminded by Charles Manson,  a number of new additions to the books/films/documentaries ‘Manson’ cannon are set to be released.

One of them is a book due out next month called THE MANSON WOMEN AND ME. Based on conversations the author had with some former Family members while they were behind bars, this is yet another book written by the sort of commentator who was not there that I referenced at the beginning of this post. I’ll withhold further judgement on this one until I know more.

A much more eagerly awaited installment is what’s being touted as ‘Quentin Tarantino’s 9th film’ ONCE UPON A TIME IN HOLLYWOOD. This movie stars Australia’s own Margot Robbie as well as one of my all-time fave actors Al Pacino. Expect I’ll be among the first in the queue when it hits Australian theatres in September. 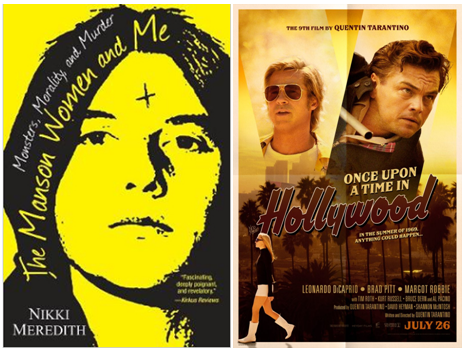