My current retro favourite thing to do on Sunday nights is glueing an ear, 1950’s style, to the radio (‘wireless’ if you want to keep it real old school).

The station of choice for me on these occasions appears to be more often than not the Brisbane chapter of ABC Radio.

There’s a talkback/arts, community & music focussed show with a fun, breezy tone that airs from 5:30-8pm. If that description sounds like it’s been lifted straight from the station’s own website – that’s because it has! The program is  hosted by Rhianna Patrick (pictured below). Rhianna is a Torres Strait Islander (where I lived for two years) who moved to Brisbane at the age of 10. Last year she was a speaker at the Brisbane Writer’s Festival.

On a recent Sunday night she invited listeners to ring in to talk about their favourite martial arts movies. I took up the offer, but by the time I was through waiting on the line the show slid into the 8pm news and I was left karate chopping thin air. Quite a few callers spoke in glowing terms of the three movies (and their sequels) pictured below – 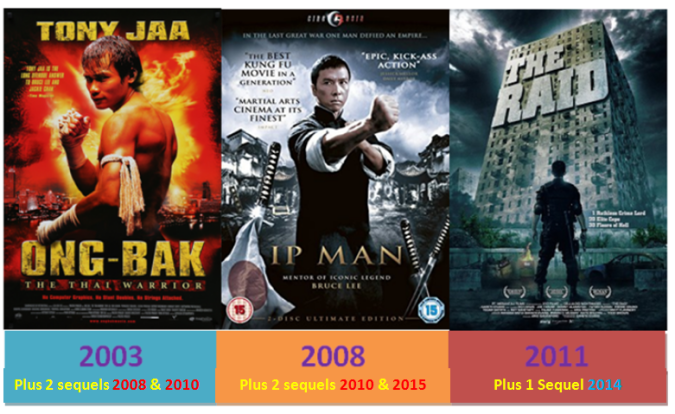 It reminded me once more of just how ‘old school’ my tastes in so many things have become. Partly in rebuttal therefore and partly because for some strange reason it makes me feel for an ever-so-brief moment somehow absurdly powerful, I give you my Top Ten Favourite Martial Arts Movies –

PS. As a special treat, in all it’s crane-kicking glory, may I interest you in Steven Seagal’s infamous “Anybody Seen Richie?” scene from 1991’s OUT FOR JUSTICE.

(Be aware this clip comes with more warning labels than a lead-lined canister of weapons-grade 239 plutonium, which should in no way make it any less entertaining to watch)

Pss. Staying with the martial arts theme (a little but not a lot)  – I was walking through a Big W store last weekend when a book on display caught my eye –

Sometimes love means having to broaden your literary horizons

Frankie Rose is desperate for love. Or a relationship. Or just a date with a semi-normal person will do.

It’s not that she hasn’t tried. She’s the queen of online dating. But enough is enough. Inspired by her job at The Little Brunswick Street Bookshop, Frankie decides to take fate into her own hands and embarks on the ultimate love experiment.

Her plan? Plant her favourite books on trains inscribed with her contact details in a bid to lure the sophisticated, charming and well-read man of her dreams.

Enter Sunny, and one spontaneous kiss later, Frankie begins to fall for him. But there’s just one problem – Frankie is strictly a classics kind of gal, and Sunny is really into Young Adult. Like really.

Books on the Rail is made up of a team of Book Ninjas, all of whom leave books on public transport for people to take, read and then return to the rails for someone else to enjoy. It copies a similarly run program in London called Books on the Underground.

Books on the Rail is now Australia-wide, made up of over 1000 Book Ninjas, and is supported by some big name Australian publishers who provide books to distribute onto the rails.

Psss. Your bonus read this week is an article about the Hyman Archive in London which stores the world’s largest collection of magazines.

TURN THE PAGE TO IT HERE

And one last thing…

As a follow-up to last week’s impassioned manifesto regarding the impending vanilla slice apocalypse, thanks-with-icing-on-top must go to the loyal subscriber who treated me, real-world style, to one of these pastry (used-to-be) delights during the week. Reader dedication like that should not go unrewarded, so I declare this true-blue patron – ‘KING FOR A DAY’. 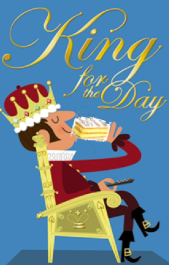 7 thoughts on “‘Everybody was Kung Fu Fighting!’”