Here at Scenic Writer’s Shack we’re all about fun and we’ll take it anyway we can.

Tonight is Halloween but this year I’ll be locking my doors and keeping the ‘fun’ outside.

That time-honoured ‘switching off the lights and pretending you’re not home’ method of ‘enjoying’ the evening will be in full swing at our place.

Last year we ran out of ‘candy’ for the pint-sized door knockers pretty quick but then had to continue answering the door empty-handed for the next few hours. That led to some awkward renditions of ‘witch face’ played out on the doorstep.

Speaking of witches, a couple of them got inside the barricade early this morning. This still from an internal house security camera shows what was captured on film. No doubt a breach of this magnitude is sure to make its way onto the agenda at our end of year home security audit. When it comes to protecting your own amidst the sanctity of one’s castle, ‘vigilance’ as they say, is key. Lesson learned. 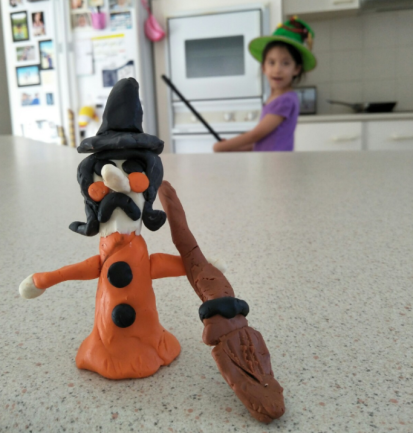 Up until around maybe 10 years ago, Halloween, the word itself meaning ‘holy evening’ and whose first usage dates back to 1745, was never really a thing here in Australia. Over more recent times however, ably supported by the retail and merchandising industries, Aussies have shown they’re up for ghoulish fun as much as the next person.

In 2006, Brisbane started its own Zombie Walk in aid of Brain Research and as this video proves, we can now apply splatter makeup and attach gouged eye balls en-masse as fiendishly as any city worldwide. 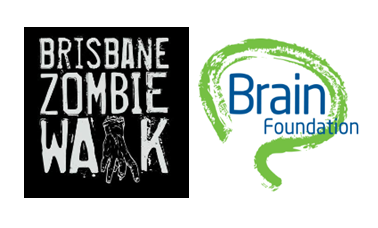 Now to my Halloween story, which is really what I’ve been building up to all along.

A vampire bat came flapping in from the night covered in fresh blood and parked himself on the roof of the cave to get some sleep. Pretty soon all the other bats smelled the blood and began asking him where he got it. He told them to all go away but they persisted until he finally gave in.

“OK, follow me,” he said and flew out of the cave with hundreds of bats behind him. Down through a valley they went, across a river and into a forest of trees. Eventually he came to a stop. All the other bats milled around and waited in expectation. “Now, do you see that tree over there?” he asked. “Yes, yes yes!” the bats all screeched in a frenzy. “Good,” said the first bat, “Because I DIDN’T!”

Enjoy the festivities, and if you have children remember this: tonight is one of the few times you’ll be able to legitimately convince other people your kids are the little monsters you often claim them to be.

PS. Today’s bonus read has got Halloween written all over it. View it here

6 thoughts on “Tonight orange is the new black!”